The success of AERO has depended not only on Friedrichshafen's reputation as a cradle of aviation, which was initiated by Ferdinand Count Zeppelin in the year 1900, but also on a fast-growing ultralight aircraft sector. The Business Aviation segment was launched at AERO 1995 and strong expansion especially in the fields of avionics, aircraft maintenance and services was implemented in recent years.

In 2002, Messe Friedrichshafen moved to its new facilities, right next to the airport, giving a strong boost to AERO's continued growth and development into the world's leading trade show regarding innovations for general aviation

In the frame of  AERO CONFERENCES   aviation specialists and connoisseurs of the industry will present and discuss current topics and latest developments available for everyone.

Possibilities to experience the avionic equipment by yourself will be given in the Headset Test Area or learn about new developments in product presentations and workshops.

Engines and propulsion systems were in the focus of the Engine Area again at the AERO Friedrichshafen 2022. Whether it be radial engines, hybrid propulsion systems or electric motors, this special exhibition gave its visitors a comprehensive overview of the products available on the market.

Moreover, additional topics such as maintenance and engine management were part of the Engine Area 2019. 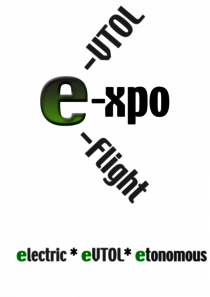 The  e-flight expo  organised in co-operation with Flying Pages GmbH has been, once again, a major section at AERO Friedrichshafen 2022.

In addition to the e-flight expo special exhibition, there were dedicated e-flight lectures at AERO. As part of the AERO Conferences, high-calibre speakers talked about the history and development of electric flight.

"AEROkunst”, an exhibition of works from various artists and presented by the German “fliegermagazin”, was returning for the third time to AERO this year. A diverse range of artwork including photography, painting, furniture, graphic painting and sculpture were on display. As in 2018, a piece of art from one of the participating artists was raffled off each day, shortly before the trade show closes its doors. Of course, all of the displayed artwork was also available for sale. Join the artists for a cup of coffee in the lounge. They all look forward to seeing you!"