"We will be presenting a total of four aircraft at AERO, making our company the largest representative of business jets at the aviation trade fair on Lake Constance. Over the past four days of the trade fair, we have been won over by the AERO, which gave us the opportunity to engage in many interesting customer discussions regarding specific purchase intentions. We believe that we will be able to close several deals. It is also interesting for us when many of our regular customers come to our stand to talk about current topics and developments. We couldn’t be more pleased that the premiere of the Business Aviation Conference met with such a great response and that we were able to welcome so many trade visitors there. Next year will be a time for celebration: We’ll be celebrating our company’s 50th anniversary.”

"We have a lot to do, our stand is popular and many expert visitors have been dropping by. We are more than satisfied. There isn’t any doubt that we will be coming to AERO next year too. We particularly appreciate the great interest shown by individual customers. If I had to describe the trade fair in one word, ‘successful’ would be it.”

"As our company is still quite new, this is our first time at AERO. For us, the aviation trade fair is the most important event, because we are reaching our target audience for general aviation here. We are very satisfied with the trade fair, not only because our end customers are here but also because we really get a chance to see the entire industry, making this venue the place where we can also find partners for new solutions. We’ll definitely be back in 2020.”

"What we particularly like about AERO is the opportunity to make new contacts and meet aviation enthusiasts. The stand costs a lot because of the big gliders we exhibit, but the expense is well worth it. The trade fair confirms the position we have in the market.”

"It was another fantastic AERO this year and, as always, the range of companies and prospective customers was very good.”

"For us, the feedback on our first appearance was exclusively positive, and the unveiling of our prototype on the first day of the trade fair generated a great deal of media and visitor interest. Since we are still a very young company, this fair gives us the opportunity to establish international contacts to set up partnerships and get to know new technologies, and we also hope to attract investors. The networking here at AERO is excellent. The trade fair was definitely a great opportunity for us to present ourselves on the international stage.”

"If you’re not at the AERO, it’s like you don’t even exist. It’s simply the largest and most important general aviation trade fair in Europe and was a great event again this year. We have been a part of it since the beginning and are always impressed. You can make a lot of new contacts, and you have interested customers that you can close deals with directly on the spot in some instances. It’s all the way it should be.”

"The AERO is exactly as we imagined it would be: A great trade fair with a lot of interested visitors. This is our first time here and we expect to be back again.”

"The second edition of the Helicopter Hangar in B5 topped the event in 2018 by a long shot. Twenty-five helicopters, ranging from the tiny Cabri to the huge Super Puma, were a big draw for many visitors. The four-day lecture program integrated in the hall attracted additional attention. A definite highlight here was the presentation of Rainer Wilke regarding acrobatics with the B0 105 of the Flying Bulls. The cooperation with the project team from the trade fair was exceptional; we supported each other in achieving this great success.”

"This is the third time I’ve attended with my company in the Helicopter Hangar in hall B5, and I’m very satisfied with the how the exhibition went as well as by the development of AERO in terms of helicopters. We made many high-quality contacts here, which are of course very important for our business and the sale of helicopters. AERO is also an important location for us and well positioned in the economic area of Germany, Austria, and Switzerland.”

"We were overwhelmed by the positive response, and we’ve received so much encouragement for the idea. We seem to be hitting a market nerve; aviation is moving more and more towards alternative propulsion systems. The flying wing aircraft is an ideal platform for the upcoming technology.”

"We’d like to thank Aero Organizers for giving us the possibility to be present again for the 5th time and be part of such a show. We had our colleagues coming up to us asking why is this show only 4 days long. They don’t really feel like going back home. Seeing them with the sparkling proud eyes indicating that this is the exact place where they would like to be most at the given moment is the absolute positive feedback for our organizing team. Visitors coming up to us having the wow-effect on their face is nothing but the most important feedback we do our job for.  We would like to thank again because this event did not only give us the opportunity to strengthen our relationship with the aviation community but to bond with our own colleagues as well.” 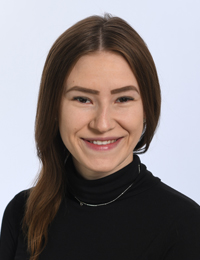 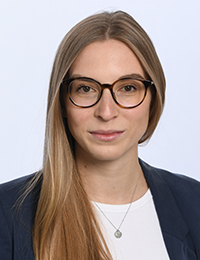