All of the established manufacturers of conventionally powered aircraft will be showing the broad spectrum of machines that they have on offer, starting with aircraft with piston-driven engines on up to turboprops. A number of premieres will be at the center of the show; for example, Italian manufacturer Tecnam will present its twin-engine P2012 Traveller. The eleven-seat machine with new innovative Lycoming iE2 piston driven engines is the first completely new development in this class for some time. Flight testing of the P2012 is being temporarily interrupted just so that it may attend the AERO.

For the first time, it will also be possible to see a machine that may look like an antique on the outside, but is in fact brand new. The Rimowa-Junkers F13 is a perfect, historically accurate replica of the first all metal German passenger aircraft made by Junkers. The prototype is currently undergoing flight testing in Switzerland. A limited number of F13s may possibly be manufactured in a small production run. In addition, it will be possible to see the newest model year versions of established aircraft such as those produced by Cirrus Aircraft, Diamond Aircraft, Piper, Tecnam, Beechcraft, Pipistrel and other manufacturers. In the case of Cessna, innovations to its planned single-engine turbine powered Denali will be announced. 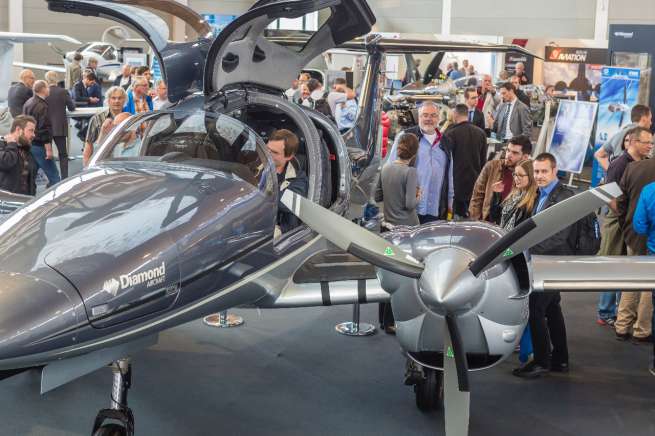